May 2021
tickets by donation

Mendelssohn, the Nazis and Me 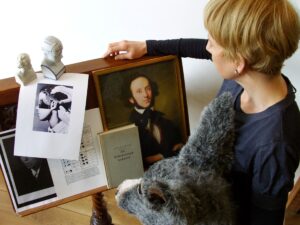 Felix Mendelssohn was a child prodigy pianist and composer who was famous from a young age. Born into an illustrious Berlin Jewish family (his grandfather was the theologian Moses Mendelssohn who began the assimilation of Jews into German society), Felix was baptised Lutheran, along with his siblings, at the age of seven, in part because at that time Jews in Germany did not have full civil rights. For the rest of his short life (he died at age 38), Mendelssohn strove to unite the two religions in his music, continuing what his grandfather had begun. He became one of Germany’s most beloved composers, and millions of brides have walked down the aisle to his Wedding March. One hundred years later the Nazis came to power, banned Mendelssohn’s music in Germany and re-classified his (mainly Lutheran) descendants as Jews, threatening their lives. One of these descendants, the filmmaker Sheila Hayman, decided to tell her family’s story on screen. Her wide-ranging and fascinating film is about the madness of labels and the unifying power of music.

END_OF_DOCUMENT_TOKEN_TO_BE_REPLACED

On this Memorial Day program we honor the memory of the Holocaust rescuer Aristides de Sousa Mendes with a panel featuring former Congressman Tony Coelho, who was instrumental in bringing justice for this hero in his home country of Portugal, and two granddaughters of Sousa Mendes: Sheila Abranches-Pierce and Angelina Mendes Muetzel. The program will be moderated by Robert Jacobvitz, a pioneer in the effort to have Sousa Mendes recognized for his action to save Jews and other refugees from the Holocaust. END_OF_DOCUMENT_TOKEN_TO_BE_REPLACED 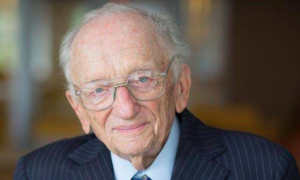 Attorney, author and activist Benjamin Ferencz, age 102, was the Chief Prosecutor for the United States in The Einsatzgruppen Case, which the Associated Press called “the biggest murder trial in history.” Twenty-two defendants were charged with murdering over a million people. He was only twenty-seven years old, and it was his first case.  END_OF_DOCUMENT_TOKEN_TO_BE_REPLACED 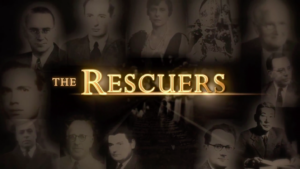 What is the mystery of goodness?  This question is at the core of the film The Rescuers by Emmy Award-winning filmmaker Michael King who examines the stories of a dozen diplomat rescuers during the Holocaust. The film follows Stephanie Nyombayire, a young Rwandan anti-genocide activist, and Sir Martin Gilbert, the renowned Holocaust historian, as they travel across 15 countries and three continents interviewing survivors and descendants of the diplomats. A powerful and important film!
END_OF_DOCUMENT_TOKEN_TO_BE_REPLACED